The Subjugator is a specialized strain of Viralisk engineered by the Empusae to act as commanders for the Succubus Brood.

Subjugators resemble giant blood-red chrysalises that stride along using spider-like legs. Unlike their core strain, they are too large and discolored to disguise themselves as Zerg Eggs. The Subjugator not only acts as a mobile infestation assault troop, but also contains the ability to spawn changelings and broodlings, and manipulate Void energies to a degree. This cosmic manipulation is utilized in order to distort reality and sew dissension and chaos among the enemies of the Succubus Brood.

Although seemingly unwieldy, the Subjugator can scurry relatively fast for it's size. 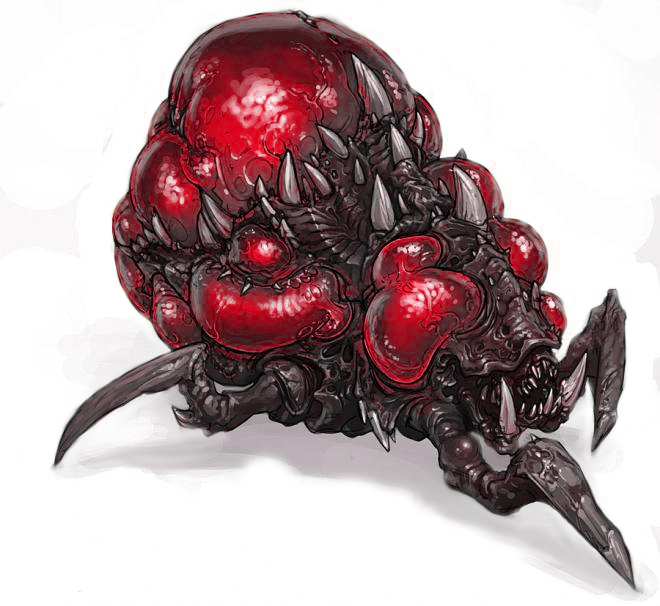 Retrieved from "https://starcraftfanfiction.fandom.com/wiki/Subjugator?oldid=11974"
Community content is available under CC-BY-SA unless otherwise noted.