Lilith Naamah was a Terran Spectre of the Terra Firma Protectorate, and daughter of Admiral Lamech Naamah, who defended Earth against the Carpenters Brood in the First War. She was infested by the Succubus Brood in the final stages of the First War and rose to take control over it after the Overmind was destroyed.

Lilith is a ruthless and sinister commander, and takes prisoners only for bargaining purposes, usually going back on her deals anyway. She is attributed as the "scourge of the galaxy" and has been responsible for the fall of many Terran colonies.

Lilith has the mental capability to unleash deadly psionic storms and psychicly control the minds of her enemies, although this dominion is temporary on more mentally adept individuals. 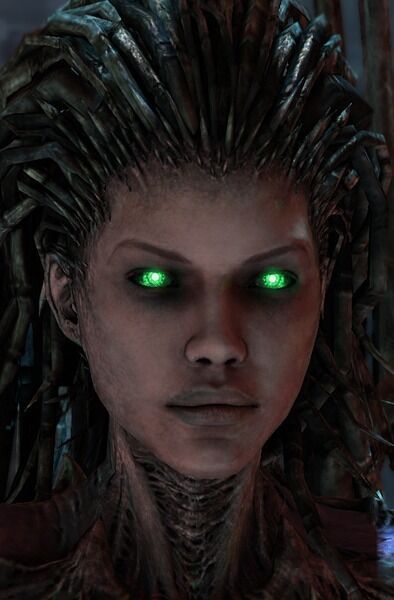 Retrieved from "https://starcraftfanfiction.fandom.com/wiki/Lilith_Naamah?oldid=8270"
Community content is available under CC-BY-SA unless otherwise noted.